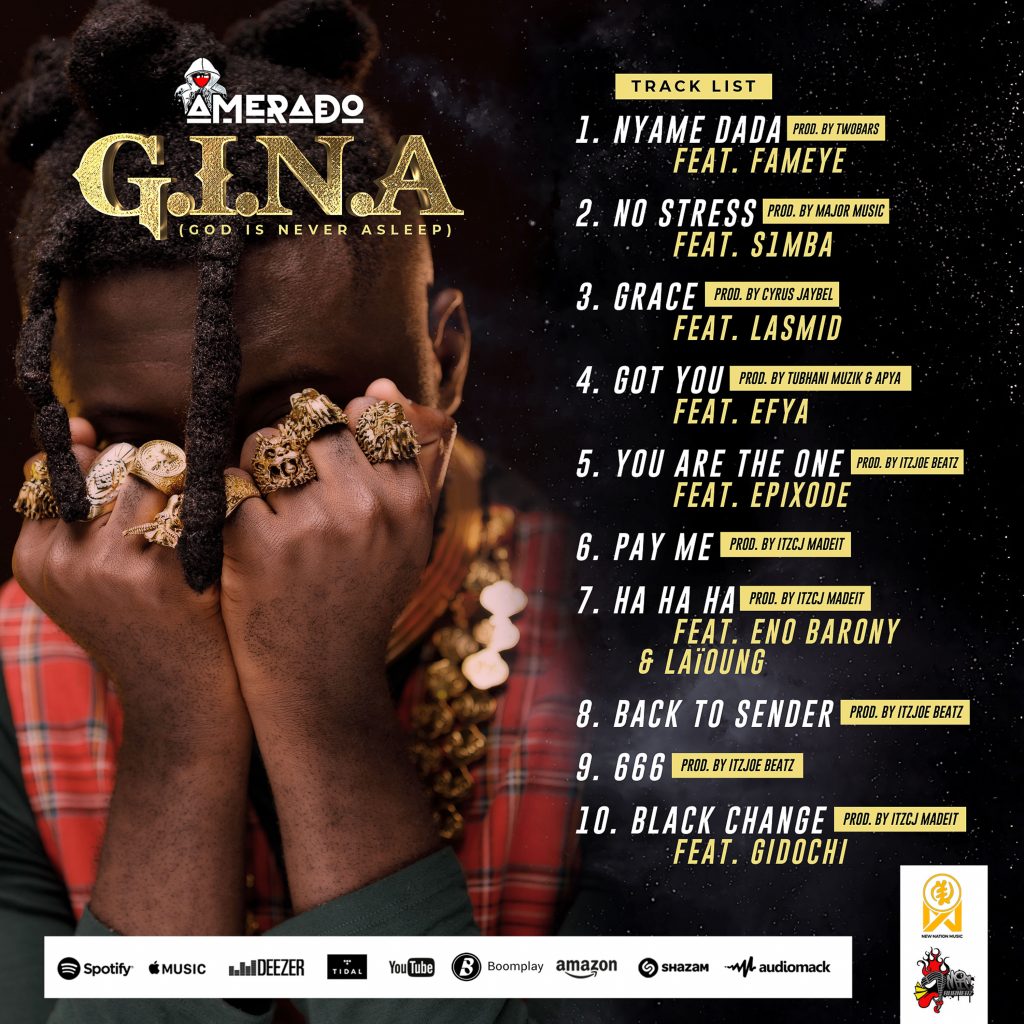 Ghana’s trending musician and songwriter Derrick Sarfo Kantanka popularly known as Amerado has finally released his much anticipated G.I.N.A album.
This happens to be his debut album.
Sound engineers TwoBars, Tubhani Muzik, IzJoe Beatz, Apya, Major Music, Cyrus Jaybel, and ItzCJMadeit assisted in recording the album’s 10 tracks. There are a number of songs on it, including Nyame Dada, No Stress, Grace, Got You, Pay Me, 666, Back To Sender, Black Change, You Are The One, and Ha Ha Ha.
Two tracks from the album, Back To Sender and Grace, that were released a few weeks ago have received over 10 million streams across all digital streaming services.
The album features prolific and relevant musicians in Ghana and across our borders including S1mba (UK), Efya (Ghana), Fameye (Ghana), Laioung (Italy), Lasmid (Ghana), Eno Barony (Ghana) Gidochi (Ghana), and Epixode (Ghana).
The album, according to Amerado, has seen the introduction of a new genre called Afrorap.
“While we acknowledge that Afropop has set the pace, I am confident that the launch of the African rap subgenre known as Afrorap can perform enormously well on the international market. Afrorap, like Afrobeats and Afrodance, is simply rap combined with Afro, according to Amerado.
Stream the G.I.N.A Album by Amerado via
All Major DSPs: https://yve.fanlink.to/GINA
Tags
Album Amerado

We Will “Be Alright” For Sure! – Samini Assures Ghanaians In New Song 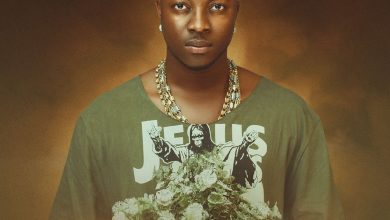 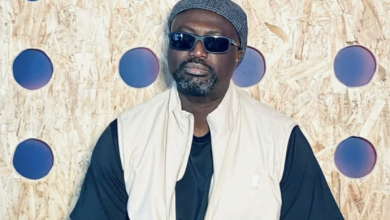 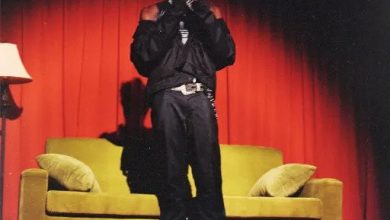 Black Sherif – The Villain I Never Was (Full Album) 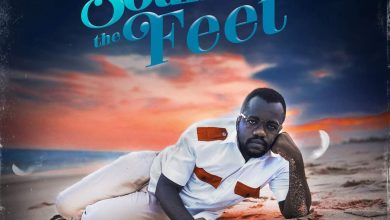 Ajeezay – Sounds For The Feet (EP)