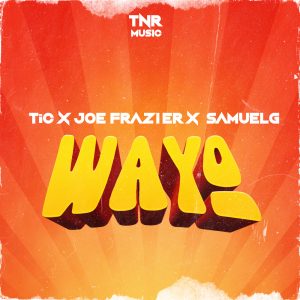 TiC Teams Up With Joe Frazier And Samuel To Deliver “Wayo

One of the most wanted collaborations in Ghana music has finally happened as Ghanaian music giant, TiC has finally featured legend Joe Frazier on his new song dubbed Wayo.

Though many wanted to hear a jam like this back then, unfortunately it didn’t happen.

Thankfully, the time has finally come with the right vibe for the legends.

” I must confess i can’t believe what we just created, the feeling was awesome when we met in the studio” TiC said

On his part Joe Frazier noted that it was a positive feeling when he received the beat and later reached out to TiC for the concept of the song.

He added that a lot of Ghanaians have been expecting this collaboration for long, for this reason he is happy it has finally happened.

Joe Frazier is optimistic “Wayo” will be a big song.

It also featured the producer, Samuel G, who said, he had an idea of doing something which is Ghanaian but with some international appeal.

He added that the vibe was great and believes it has what it takes to become a masterpiece all over the world.

The song is set to be released on all digital music platforms on Thursday 26 September, 2022.