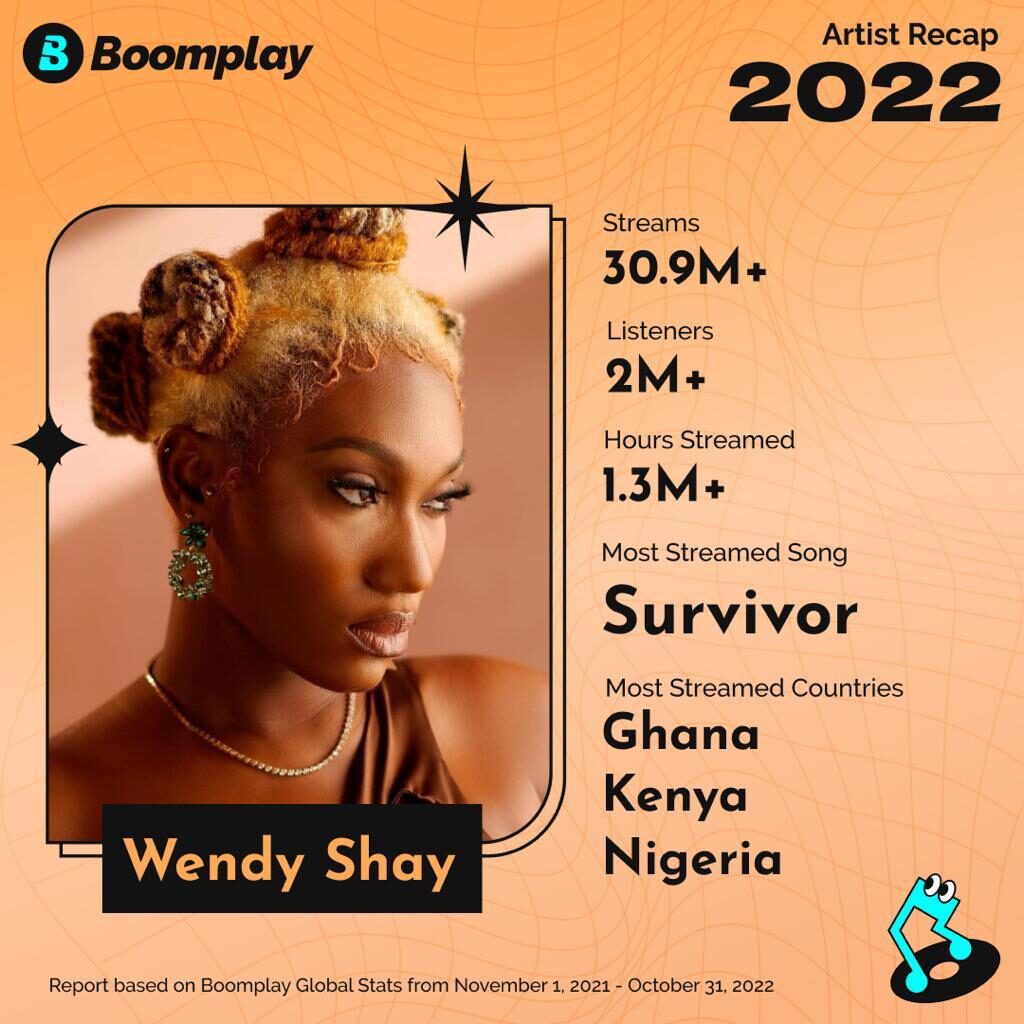 Wendy Shay has yet again defiled the odds to become Boomplay’s most-streamed female artist for 2022.

Earlier in the year, when Boomplay released its mid-year stats for streams, the Rufftown Records signed musician was the only female Ghanaian artist who featured on Boomplay’s Top 10 out of their weekly Top 100 songs.

Wendy Shay’s ‘Survivor’ at the time came right on top of Black Sheirf’s ‘Kwaku The Traveller’, which placed tenth on the charts.

After the feat achieved by Wendy Shay for the mid-year, it does not come as a surprise that she is ending the year 2022 as the most streamed female artist.

She beats the likes of Gyakie and Diana Hamilton, who were second and third respectively as she walked home with this big honor.

Wendy Shay’s ‘Survivor’, which is a self-affirming story of how to pick up pieces shattered after a major heartbreak is one of the songs that greatly helped her to achieve this feat.

Also, the release of her ‘Enigma EP’, which has the viral ‘Habibi’ song has gone a long way to help the award-winning singer to go home with bragging rights as one of the artists who has gone her songs streamed a lot in 2022.

There is no doubt that this is a record the singer would want to keep and be better in 2023.

Wendy Asiamah Addo entered the musical scene in a turbulent time. Her grit and resilience over the years have manifested in her delivery of relatable hit songs.

I Made The Wrong Decision Signing With Sarkcess Music : Strongman Reveals In JuniorPSL's Sagaa Remix